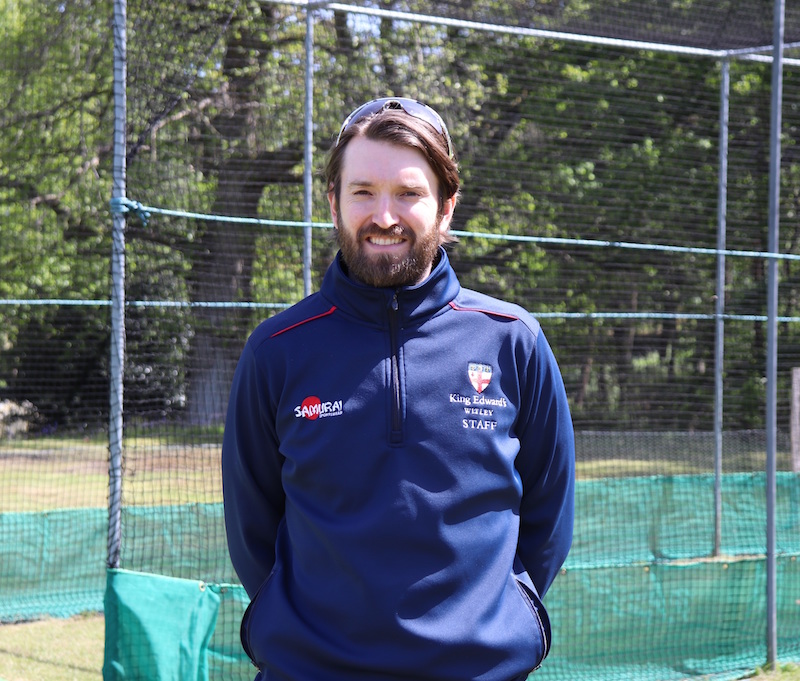 King Edward’s Witley continues to strengthen its commitment to sports with the creation of a new post, Head of Cricket and the subsequent appointment of former professional cricketer Paul Harrison.

Mr Harrison, who is originally from Horsham, West Sussex holds a BSc in Geography and Sports Science from Loughborough University. He played professional cricket for 10 years, representing Leicestershire CCC and Northamptonshire CCC. Mr Harrison’s playing career – as a batsman and wicketkeeper – included five seasons in Australia and he was a member of the victorious Leicestershire CCC that won the Twenty20 cup in 2006.

His first teaching position was at an independent co-educational school -Reigate Grammar School - where he worked for four years as Head of Cricket and also studied for his PGCE. Following this, Mr Harrison became the Director of Sport at a state academy near Ealing, where he helped set up and shape a brand-new sports department. Most recently Mr Harrison has been Acting Head of Geography at Thomas’s Battersea, while also assisting with Games lessons.

Commenting on his new role at King Edward’s Witley, Mr Harrison said, “I was impressed by the excellent facilities that the School offers and the potential to further enhance the standard of cricket at King Edward’s. I see my role as encouraging more pupils to take part in cricket, in line with the School’s emphasis on equal sporting opportunities for all, this will of course include introducing a growing number of girls to the sport. I will try to create a positive environment that provides pupils with the opportunity to hone their skills and gain invaluable mentoring and guidance from myself and other professionals at the top of their game.”

Mr Harrison and his wife live locally in Witley and they have recently welcomed their first baby.