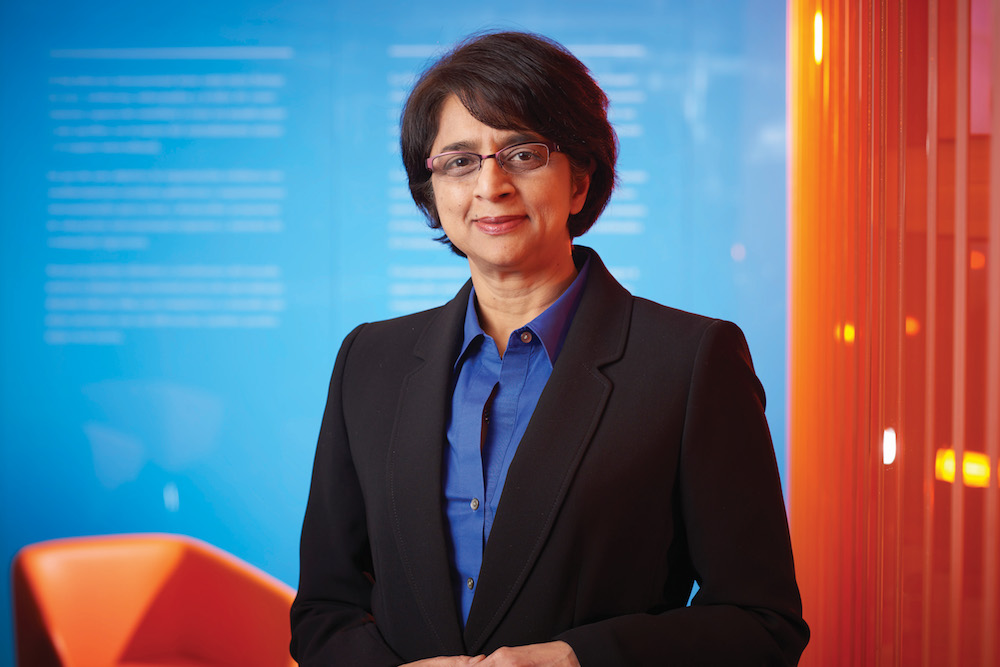 Dr Siva Kumari, Director General of the International Baccalaureate, has written the foreword to a new John Catt title, Whose History? – Essays in Perception, edited by Dr Caroline Ellwood...

Caroline Ellwood is well placed to edit Whose History? and I’m pleased that this book raises and addresses important questions about how history is perceived not only through aspects of historiography but by teachers deciding how and what to teach in this modern world.

This is a topic which resonates very strongly with me as today, more than ever, students and teachers should be better able to address questions of perspective with more original sources at their fingertips.

The question of ‘whose history’ is in, and of, itself of course intriguing. Not being a historian, I can only opine given this opportunity – firstly from the perspective of a student who studied in India, a post-colonial nation; to that of an immigrant building a professional career in the United States of America and of course, most importantly, during my time working in the professional development of teachers both in Advanced Placement and in the International Baccalaureate; to my role now as an educator who has the privilege of being in schools and talking to educators and policy makers throughout the world.

Let me share some experiences gained over the years that might illustrate to the reader just why this book is so pertinent in today’s world.

It was while creating in-depth professional development for experienced teachers in the field of world literature where this issue most revealed itself: whilst discussing translated works with their students, some of the best teachers were missing the most important aspects of these works – aspects of inter-cultural understanding and an appreciation of the socio-political, and historical times in which a specific book was written. They were failing to grasp how understanding the history of that country at that time would not only add real depth to the literature, but increase the appreciation for the characters and their motivations at the very least.

Such study of multiple perspectives potentially also instils a deep curiosity about the people and the society from which the book emanated. While my experience was gained in working with teachers in the USA, the same could be said about any piece of literature, being taught by any teacher, anywhere in the world, who does not come with a good understanding of the history of the area from where the text originates. Why is this important? Because without the context, teachers were only able to read the works of literature through their lens rather than the voice of the country from which it came. It is through this experience that I realized the richness of perspectives lost in translation when teachers and students don’t attend to the question of ‘whose history?’

The pertinence of Whose History? is illustrated not only in its focus on history but because it also asks the question ‘is history static?’ The etymology of the word ‘history’, according to some sources and selectively presented here, originates from the root ‘weid’ meaning ‘to know, to see’, including the Sanskrit word ‘veda’ and the Greek ‘historia’ meaning ‘finding out’.

I share this because traditionally history has been taught through a study of narratives, usually compiled in textbooks, predominately written in either a dominant language or providing dominant evidence available in a predominant language. History textbooks and curricula are often influenced by policy makers in local or national education departments or by governments who believe that their citizenry needs to learn a particular world view. These are often the realities of teaching and learning at the pre-tertiary level.

Therefore it is good that authors, as discussants, in the following pages think through whose narrative is told, whose language is being used and even through whose eye was the picture created.

I often wonder if teachers feel that now is a great time to be a teacher of history for both their sake and for that of their students. Students today are privileged in ways that those before were not, with access to original documents and recordings at the click of a mouse. Limited only by their curiosity and their ability to ask the right questions they are able to engage with first hand evidence, for instance listen to Martin Luther King’s many speeches first hand rather than reading them on a page in a history textbook. They can see how his death was reported around the world by accessing the online archives of the BBC to view the news broadcast on April 4th, 1968.

They can access the whole of primary sources such as Magna Carta and watch news reels from war zones across the world. Today’s access also allows students to ‘see’ history laterally, to understand that historical incidents do not occur in isolation nor in a vacuum. Students can compare multiple points of view at any given time regarding a particular issue. As major world events occur around the world we can access original citizen voices without the filtering by media moguls. While this may be overwhelming, it also perhaps allows the student of today to be more cognizant of ‘voice’ and the difficulty of meaning-making and writing history.

This can surely only bode well for the curious mind. The teachers’ power it seems then is to infuse students with an energy for the study of history and to illustrate how it can be viewed from a human perspective rather than just as an accumulation of dates and a dry recounting of events. Perhaps it is even as a student views events first hand that s/he realizes the nature of perception and how it influences a particular narrative and viewpoint.

Questions of perception involve national versus international perspectives, and teachers can challenge students to think about the dominant narrative. Are all perspectives represented in the mainstream conclusions drawn about events? How much in the claims of victory of nations is ever the voice heard of those who were the losers of battles or wars? This is not to say that nations do not have the right to rally their citizenry to have pride in their victories, but more to relate that a study of history, particularly in IB schools, is well-served by a review of all points of view. And, the stunning silence of voices which are not represented should not be explained away, lazily, as the lack of an alternative viewpoint, but thought through more carefully as perhaps a lack of access to the world’s heavily published languages of history or narratives that could not survive in today’s accessible formats. And, to the need for more history that investigates what the missing voices might have added.

Such perception-broadening dialogues and thinking are basic to the IB mission of understanding others and their perspectives. Not only are these dialogues needed in the classroom, but also outside of them, an aspirational and pedagogical idea espoused by the IB since its inception. In today’s world, access to international information is no longer always restricted by national borders. There is a growing acceptance that different cultures will interpret things differently and the idea of understanding another’s point of view is part of being a global citizen. Critical thinking of this nature goes to the heart of the IB’s view of international mindedness and this book opens up some of the questions that are involved in considering whose history we write, research and teach.

Part one: Whose history? Of historians and history

Whose history? Whose language? Malcolm Pritchard

Whose history? Whose nation? Caroline Ellwood

Whose history? My history. History as a personal memory, Walther Hetzer

Whose history? Whose evidence? Whose guilt? Case study World War One, Caroline Ellwood

Coming to terms with the past: Germany’s changing view of the Second World War, Roger Moorhouse

Whose history? Whose painting? Making the invisible visible, Richard Caston

Part two: Whose history do we teach?

Whose history? Whose culture? Teaching history as an inter-cultural experience, Terry Haywood

Whose history? Whose nation? National and international interpretations, Caroline Ellwood

Past present: drama and theatre strategies for bringing the past to life in the history classroom, Dinos Aristidou

Teaching history in a globalised world: the challenge of diversity in Finnish education and teacher education, Rauni Räsänen

Is the past such a foreign country? Rediscovering history as a way to understanding the micropolitics of the present. International schools and the importance of historical context, Richard Caffyn

To order a copy of Whose History? please visit our online bookshop.