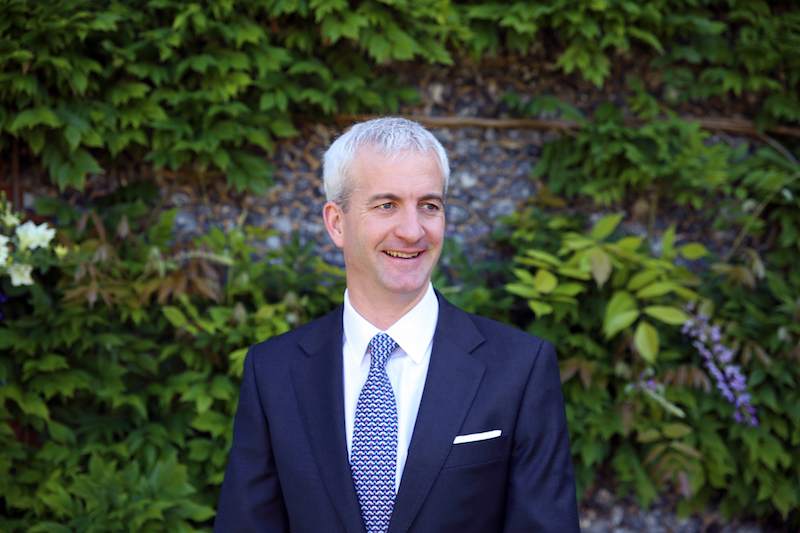 The Chair and governors are delighted to announce the appointment of Jesse Elzinga as the next Head of Sevenoaks School from September 2020.

Mr Elzinga has been Headmaster of Reading Blue Coat School in Berkshire since 2016. During his tenure the school has enjoyed the best academic results in its history. Mr Elzinga expanded the school’s innovative Outreach and Partnership Programme, created a strong network of charities and partner schools within the local community, and established a thriving Development Office.

Before this, Mr Elzinga was Director of Studies at Harrow, where he broadened the school’s academic curriculum. Previously, he worked at St Edward’s School in Oxford as Director of Studies and as IB Coordinator. He helped introduce the IB Diploma at St Edward’s and was also a residential Assistant Housemaster. He started his career at Whitgift School as a teacher of Theology and Philosophy, where he was the Assistant Head of Sixth Form and the Theory of Knowledge Coordinator.

Mr Elzinga said: “It is a tremendous privilege to have been selected as the next Head of Sevenoaks School, particularly following the remarkable vision and leadership of Dr Katy Ricks. The Sevenoaks Education is unique: global in its outlook, yet also rooted in the local community, committed to service and partnership. I will champion the strengths of its broad education, and build on its appetite for innovation. The next chapter of the school is an important one, as we continue to develop an inspiring campus for the future, and also build a foundation that ensures that the remarkable education is as accessible to as many pupils as possible. My family and I very much look forward to our move to Kent, and joining the Sevenoaks community. Personally, I am itching to go for my first run in Knole Park.”

Ian Doherty, Chair of Governors at Sevenoaks School, said: “We are delighted to welcome Mr Elzinga to Sevenoaks. He will deliver a wealth of academic leadership, a passion for the International Baccalaureate, and a forward-thinking perspective. He shares our commitment to the local community and he brings with him an educational philosophy that will ensure that Sevenoaks will continue to build on the outstanding success of its modern, diverse and global approach to education.”