'The International Baccalaureate allowed me to explore my passions' 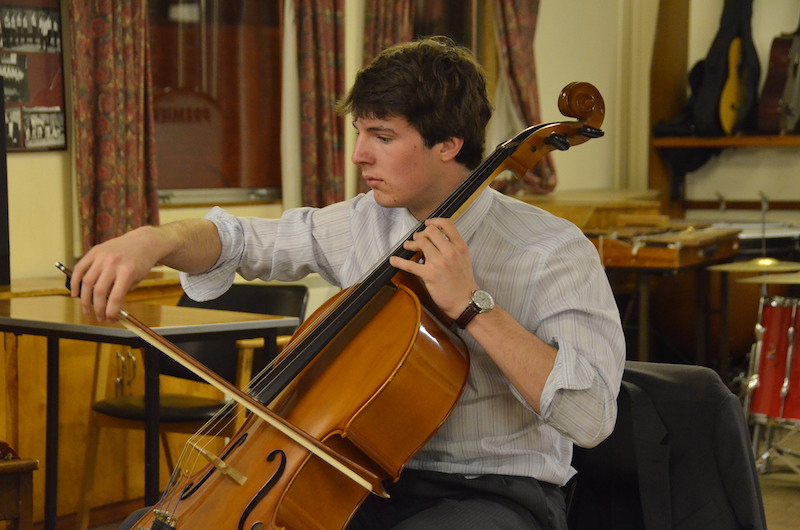 At the age of 16, when starting my two years at Sixth Form, I had no idea what career pathway I wanted to follow. I had been at Gresham’s School in Holt, Norfolk since 2002, and eight years later I was deciding whether I wanted to study the usual choice of three or four A Levels, or opt to undertake the International Baccalaureate (IB) Diploma Programme – I chose the latter.

Since graduating from the IB Diploma have learned that people are prone to exaggerate, for and against, when it comes to discussing the IB. Do not be fooled, the IB is not any more, or any less, academic than A Levels. My first piece of advice for students considering which pathway to choose is to not listen to people who say the IB is too hard or too much work, or that you won’t be able to do it alongside extra-curricular activities and still manage to have a life; anything is going to be hard work if you want to do well at it.

When I was deciding what post-16 pathway to take all I knew was that I wanted to study at an American university, and from looking at what the IB Diploma consisted of in addition to the choice of six subjects, it looked as though it was the best option to successfully prepare me for an American education. An American degree offers flexibility in taking multiple disciplines, a premium on smaller class sizes, and an admissions process that values extra-curricular involvement as much as academic ability.

While I was growing up I had a great affinity for mathematics, but as I reached Senior School I began to enjoy studying the humanities in much greater depth, and I adopted a more rounded approach to my academic studies. This had a big influence on what subjects I then decided to study at higher and standard level within my IB Diploma. I decided to study physics, history and English at higher level, and Latin, music and mathematics at standard level. I was fortunate enough to have several inspirational teachers who encouraged me to pursue subjects at higher level: I had thoroughly enjoyed studying music at GCSE level, and I didn’t think I would have the opportunity to continue studying the subject through to Sixth Form, but the IB Diploma gave me the opportunity to do so, as well as to enjoy the holistic approach to academic study.

Due to my interests in American politics and modern history, the extended essay (part of the IB Diploma’s compulsory ‘core’) gave me the opportunity to explore areas of interest that I would not otherwise have been able to in such depth as part of my studies. I chose to look into the impact on Anglo-American relations of Reagan’s 1982 invasion of Grenada, which has also allowed me to explore British politics of the period in relation to this. For creativity, activity and service (CAS) – another compulsory element of the ‘core’ – I played hockey and rugby for the school’s 1st teams and sang in three different choirs as well as playing in the school orchestra. CAS meant that I could take part in the school’s Combined Cadet Force (CCF), which complemented the Duke of Edinburgh award I also pursued.

I achieved 41 points in my IB Diploma (estimated equivalent of two As and two A*s at A Level) which I was overjoyed with as it allowed me to study at Yale University. Yale University provided me with a platform to pursue a myriad of subjects, as well as indulging my sporting and musical interests; the IB’s approaches to learning complemented that of the university’s. I felt fully prepared for the breadth of activities that were available alongside my studies.

During my time at university I decided that I would like to pursue a career as a commercial solicitor. After university, I was lucky enough to be offered a training contract with an international law firm in London. The firm sponsored my legal studies in exchange for me working there for two years. Last year, I completed the Graduate Diploma in Law, which is an accelerated law course. I will commence the Legal Practice Course in September, before starting work for my firm in August 2018. The work ethic instilled by the IB has helped me through all aspects of my further education and career so far, and I don’t doubt that it will continue to benefit me in my future in the law profession.

One of the best things about the IB is that it rewards effort. You don’t need to be an academic superstar to get an extremely good score with the IB. To do well requires consistent application, something that is relevant to all aspects of life. If you are an all-rounder, as I was, doing the IB is a no-brainer. However, for those who wish to follow a very specific path, it is possible to specialise in the IB too. The programme can be fitted to suit your interests to a certain extent; however, the fact that you are encouraged to adopt a holistic approach to your studies is no bad thing.