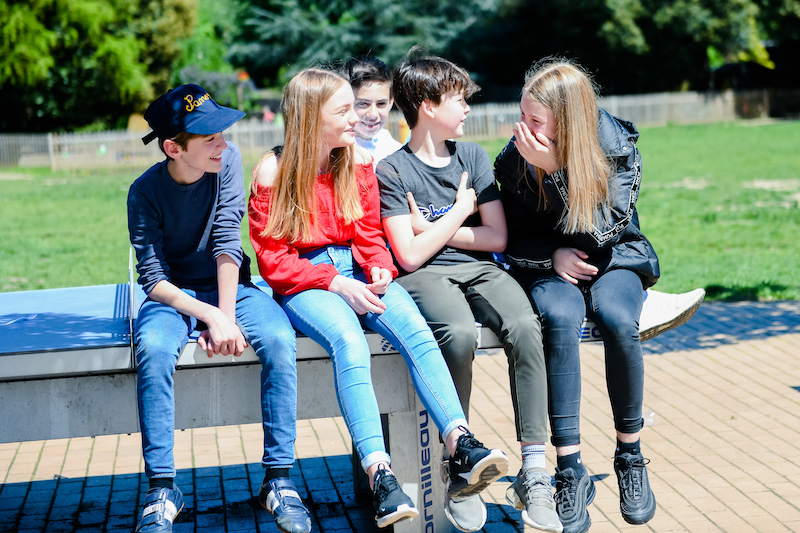 Jutta Hepworth, Group Leader at the German School London’s bilingual Kindergarten, explores the benefits of learning a second language early at a time when second language learning is declining in popularity in the UK.

The Polish memory expert Bartosz Czekala has recently listed seventy advantages of learning an additional language. These include amongst many others: increased brain size, improvement in listening skills and attention span, enhanced career opportunities, problem solving and communication skills all the way to finding a spouse. Google the term ‘language acquisition’ and you will find pages of articles, books, and research projects on the topic, leaving you in no doubt about the consensus of professionals on the benefits of learning an additional language. Personally speaking, I am not so sure about the benefit of ‘finding a spouse’ and Czekala does not in fact cite any research in support of this claim, but I am in total agreement with all the other benefits he listed.

Not surprisingly, the next consensus on the topic of learning additional languages is that the younger the child, the easier this process is. Children are born with the innate ability to learn the rules of any language, as they are not programmed to learn only their own native tongue. The developing brain constructs itself to understanding the language it is exposed to, soaking up the sounds and words it hears. This results in the ability of speaking the language with the accent and pronunciation of a native speaker.

Infants understand language long before they can speak. By the age of three, they know roughly nine hundred words and speak in two- or three-word sentences. Between the ages of three and six years, children experience a “language explosion”, when their vocabulary rapidly expands, and their sentence structures become ever more complex. Children learning additional languages may develop at a slower rate in this area than their monolingual counterparts develop, but soon catch up. The younger the child, the less fearful or self-conscious they are in speaking another language. As adults, we must consciously remember and think about grammatical rules and letter sounds; we worry about mistakes, making language learning a laboured effort. Young children clearly have a definite advantage of having fewer inhibitions, a brain designed for language learning and a natural love for social interaction and communication.

Place these two points - the advantages of language acquisition and the ease of early learning – against the backdrop of recent political changes in the UK and the effects of COVID-19 and it becomes clear that languages are now more important than ever. A report by The Migration Observatory (October 2019), found that net EU migration has fallen by 77% since the 2016 Brexit referendum. The loss of EU citizens has also led to the loss of a multilingual workforce, with the potential of detrimental effects on UK businesses.

Learning a language cannot be separated from learning about the culture in which it is embedded. The London Economic (January 2018), comments that speaking to clients in their native language creates a more efficient process of conducting business deals. Cultural awareness is important on many levels of business, ranging from cultural preferences and sensitivities, humour, to localising websites. In some cultures, for example, it is important to come straight to the point, while in others small talk must precede any business deals discussed. Any business negotiation ultimately rests on the personal since it is conducted between individuals.

The recent language survey ´Language Trends 2020´ written by Ian Collins and published by the British Council (2020) reports that Brexit has had a negative impact on language learning in British schools. A shift in attitudes has led an increasing number of pupils and their parents to feel that European language skills will be of limited use following the UK's exit from the EU. In addition, the belief that “Global English” is spoken across the world has had an adverse impact on the taking up of language studies in British schools. Collins further points out that “we have reached 2020, and the entire world does not in fact speak English. However, in classrooms across England, the perception from children who have not had an opportunity to experience other languages and cultures can be one of ‘English is enough’. Collins further highlights that there has “never been a more crucial time for politicians, policy makers and school leaders to understand the role of languages in diplomacy, security, international relations and societal cohesion.”

In sum, the decline in EU migration together with a decrease in the uptake of language studies in UK schools makes it even more important that children grow up exposed to additional languages. The advantages, as highlighted by Bartosz Czekala, clearly go far beyond the future career prospects of our children. I can only congratulate our parents for their vision in enrolling their children in the bilingual Kindergarten of the German School London at an early age. Here they can learn to speak German and English simultaneously while playing and enjoying all that is offered by our rich and stimulating curriculum in bright rooms and landscaped outdoor spaces. The many children who continue to our Primary and Secondary Schools will have the opportunity of learning further languages such as French or Spanish. It is a well-known fact that learning your first foreign language is the hardest and subsequent languages are easier to learn. This is because the brain quickly recognises similarities in grammatical rules and sounds and can adjust accordingly.

Though children can learn languages far easier in early childhood than later in life, parents need to be aware, that this does not mean they automatically soak up an additional language like a sponge – it can be hard work. The home environment is fundamental in children’s ability to succeed in this venture. Having a committed native speaker in the family; being consistent; having a positive outlook on learning; accepting that children will sometimes or often get frustrated; being patient; approaching it with humour and recognising the importance and benefits of learning the culture as well as the language will support families on this extremely rewarding journey.

The Kindergarten at the German School in London is a bilingual pre-school for children aged three to six years. The setting is a place where children and teachers meet and form a community, where they can play and learn collectively as a group and as individuals. Every child brings their own experiences, knowledge, and family’s cultural background to the group. Children learn from shared experiences that no curriculum can replace.

Children in the Kindergarten and Pre-School can continue their educational journey at the German School up to the age of 18 years. Pupils can graduate with the German International Abitur (DIA) and optionally with the International Baccalaureate (IB). The DIA is an internationally acclaimed college and university preparatory curriculum and diploma that provides an academically exceptional and culturally rich multilingual education to students of all nationalities and backgrounds, opens doors to the finest colleges and universities, and creates a world of opportunities for its graduates.