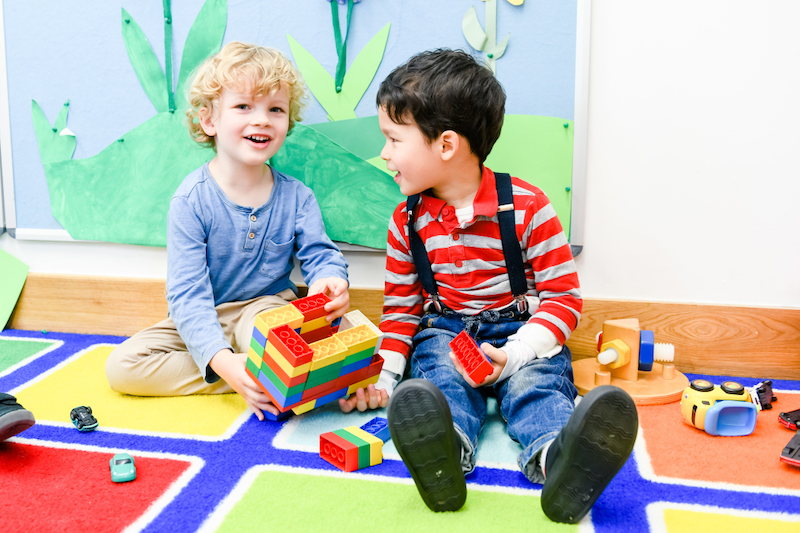 During the various lockdowns over the past year, I have been busier than ever, ensuring those that do come into our Kindergarten and Pre-school at the German School London get the full experience they need but also looking out for those who are not able to physically attend and giving them as much support as possible. This time has made me reflect on the value of the Kindergarten approach to young children’s development with its emphasis on free-play and giving children another year before they start school. With many children missing out on valuable free-play time during the lockdowns in the past year, now might be a relevant time for the UK government to reconsider its strategy for Early Years education and adopt the Kindergarten approach.

Earlier is Not Better

There seems to be a belief amongst some parents that “earlier is better”. I have never understood that myself. Every living thing: human, animal or plant has its own developmental clock. None of us can tell, by looking at a living thing how fast or slow that internal clock operates. You can plant seeds and each one will grow at a different rate. My granddaughter walked at 12 months while my grandson ran and kicked a football at 9 months. Are you telling me that my grandson is more able? Then again, my granddaughter spoke her first words much sooner than her brother did, so does that make her more intelligent? Different aspects of our person; physical, language, cognitive and social-emotional skills, all develop at different rates. Can you seriously look at someone like Barack Obama or Greta Thunberg and predict the age they started school, talked, read? No. Does it matter? No. What matters is the person, the human being we become.

A young child’s development is not limited to one aspect, be it physical or language. They are all interrelated and support each other. So, they all need the appropriate time to develop, and as I mentioned in my example, different aspects will develop at different times. Expecting a child to read or write before he or she is developmentally ready, can lead to stress and anxiety within the child. I have seen young children who feel like failures at the age of five or six, which in turn can result in a loss of motivation and depression. As child development expert Jane Healy has commented, “When you start something before the brain is ready, you’ve got trouble”. The best thing we can give children is love, time, space, respect, and a caring and nourishing environment, which allows them to develop at their own pace, to reach their potential, wherever that may lie. 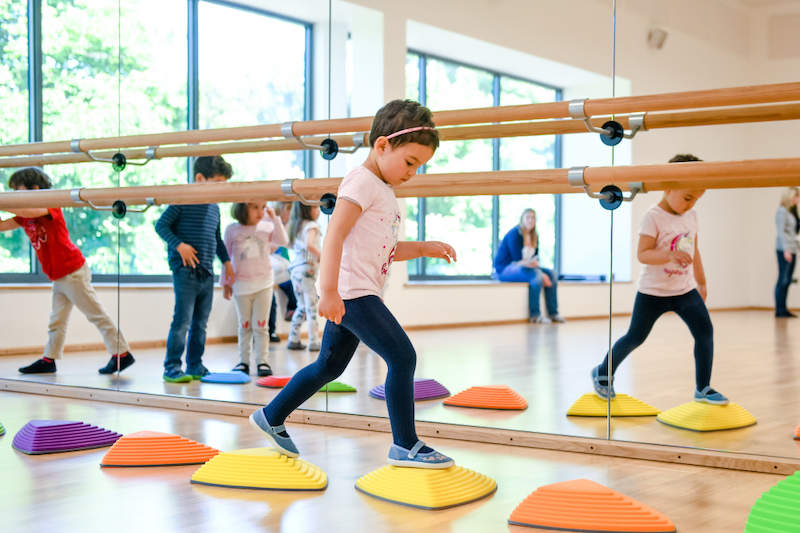 Every Kindergarten has their own specific approach but at the Kinderhaus we place a high value on the three pillars of play, movement, and language.

Play is often described as what we do when we are not working. However, play is children´s work. In modern western society, parents place a low value on play and the adage “just” is frequently placed in front of it. There is nothing “just” about it, since this is where children explore, observe, experiment, problem solve, interact, empathise, and communicate. This is where they learn about the world, their culture, to step into someone else’s shoes, become the parent or policeman and learn to change perspectives. In play, we become invincible and prepare for adulthood. Anything is possible and if a child can see themself achieve something in play, they create the possibility of achieving something in later life.

At the Kinderhaus, we are fortunate to have a spacious outdoor playground as well as the River Thames and Richmond Park on our doorstep. Children keep waterproof clothing and wellington boots at school, so we can spend as much time outside as possible. By combining the outdoors with play, we provide children with many rich sensory experiences, teaching them a love of nature and helping them understand the interconnectedness of the living world. But more importantly, outdoor play allows children complete freedom of movement.

Body and brain develop together, with movement helping to wire up the neural pathways in the brain. This is necessary for the development of spatial orientation, balance, co-ordination, and strength. Movements skills are also vital for success in the classroom. To look at a board, to read and write all while listening to a teacher, are complex skills requiring balance and coordination. 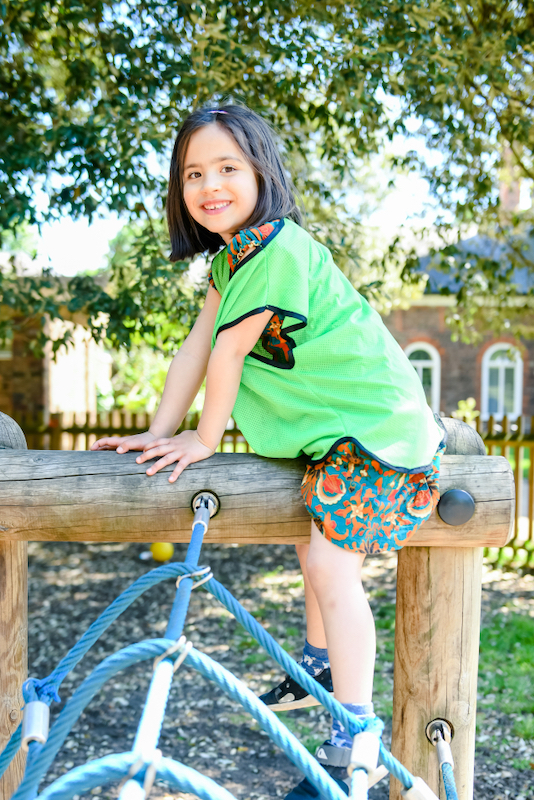 Language allows a child to communicate effectively, to express and understand emotions. It supports thinking and problem solving and is crucial for building and maintaining relationships.

Our Kinderhaus is bilingual, with children learning both German and English. There is a particularly good reason for commencing this approach at Kindergarten level as studies have shown the younger children are the easier it is for them to learn a second language. Numerous benefits of learning a second language for young children have been widely cited including advances in cognitive flexibility, creativity, and problem-solving skills. It does not stop at childhood either, adults who speak a second language benefit from more career opportunities, are more open-minded and tolerant, and less likely to suffer from age-related mental illness. Why wouldn’t you wish a bilingual education for your child?

In our bilingual Kinderhaus, each group has two members of staff, one German speaker and one English speaker and each communicates in their native language with the children. The children thus hear both languages every day. Some of our children are even growing up with three languages. While we focus on the acquisition of the German language, to enable children to access our German school system, we celebrate all languages a child speaks as these are a part of their cultural heritage.

Looking forward positively to the future I think the past year has helped many of us realise the importance of early years education and specifically the need for children to socialise and play with others. As education leaders debate the steps needed for children to catch up, I also hope they consider what other significant changes they can make to education policy. Adopting the Kindergarten approach should be high on their list.