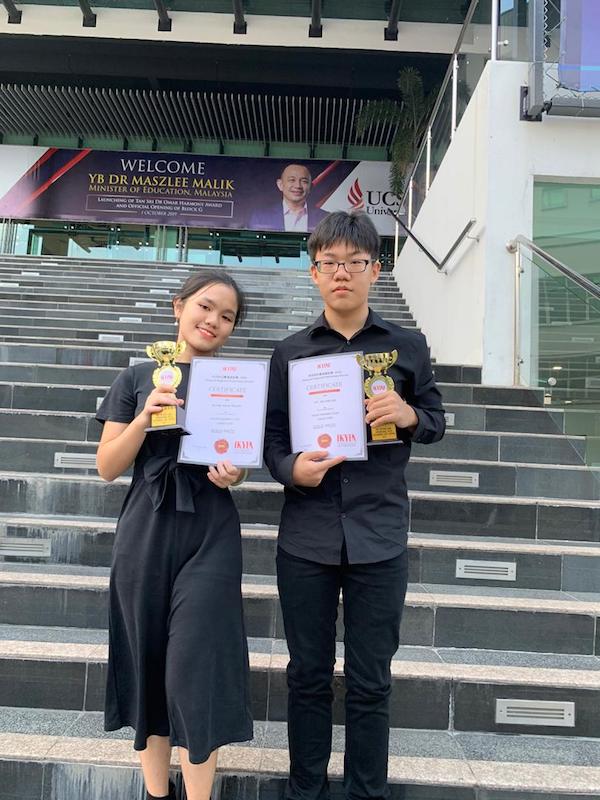 In 2017, Fairview International School students, Sonya Janejit Kaur and Celine Poon won the Bronze Jury Award at the Contact Dance International Film Festival in Canada in the open category for their short film titled “Wake Me Up”.

That was the first time Malaysians have won an award at the Contact Dance International Film Festival. Director of REAson D’etre Dance Productions, Kathleen Rea said that the film successfully captured the jury’s attention.

“Even though they (Sonya Janejit Kaur and Celine Poon) are new to Contact Improvisation and filmmaking, they have made an exceptional film,” said Rea.

Meanwhile, commenting on the latest victory in Hong Kong, Fairview International School's principal Dr Vincent Chian said that "this was a testimonial for the school's music programme, entitled Everyone's a Musician".

"They do not have outside violin tuition, they learn at Fairview International School in a classroom setting," he added.

For the record, Alyxia Phua YiXuan and Ch'ngYan Kai also won gold at the Malaysia preliminary rounds of the competition which was held on Dec 2019.