​Researching and writing an IB Extended Essay in Biology

Mr James Fraser, Head of Science at Scarborough College, shares some of the Extended Essay topics that he's had the pleasure of supervising.

The Extended Essay is a compulsory component of the IB Diploma. Students are tasked with writing four thousand words on a topic of their choice relating to one of the subjects they are studying for their Diploma. Every student is allocated a supervisor who will guide them through the process. It is not an exaggeration when I say that supervising students completing their Extended Essay in my subject has been the most rewarding part of my teaching role at the College.

I have had the privilege of supervising more than thirty students since the IB was introduced at the College more than ten years ago. When I cast my mind back, some topics and essays immediately spring to mind. For instance, the research undertaken by a student to investigate the response made by the tiny C. elegans worm to being tapped on the head. After we had acquired the worms from the University of Chicago, the student designed an ingenious device to tap the head of the worms using her own eyelash. I am sure the experience of conducting research for her Extended Essay in the College laboratory was an instrumental reason for her choosing to read for an immunology degree at the University of Glasgow before doing a PhD at Melbourne University.

More recently, a student now studying medicine at university, designed an investigation to genetically modify bacteria cultured in the lab with a gene originally obtained from jellyfish. The gene taken up by the transgenic bacteria caused them to fluoresce when exposed to ultraviolet light. The gene was prepared in a number of different ways to see if this had an effect on its uptake by the bacteria. 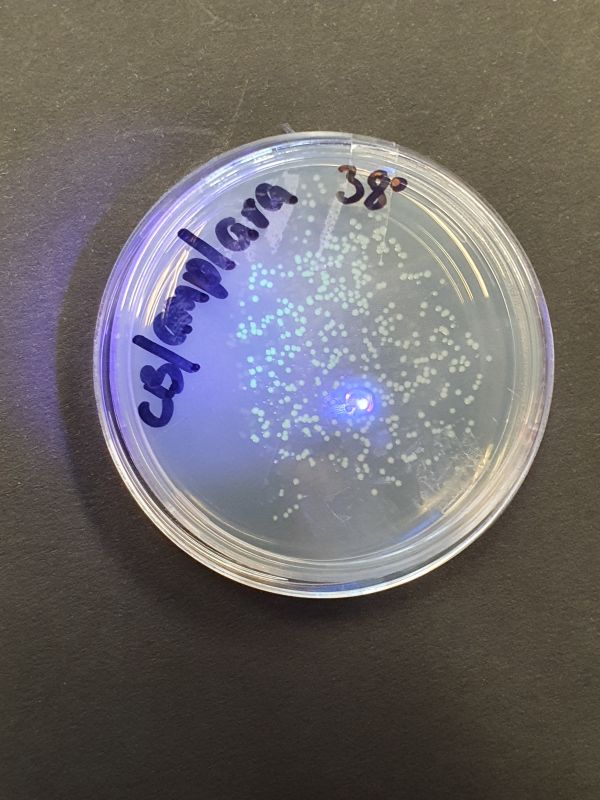 Our current Upper Sixth students have recently submitted their Extended Essays. A variety of topics were chosen for investigation by biologists this time around including the effect of hair washing on the strength of hair and the frequency of visits to a bird feeder by House sparrows during the day.

Another essay written by Ksenia Ivanova focussed on the potential for the effect of an antibiotic to be enhanced when used in conjunction with a variety of different plant extracts. I asked Ksenia what advice she would give a student choosing a topic for their essay. She replied that 'Whichever topic you decide to explore, the key is to choose something that you really like and care about, so that your work would never be boring.'

The essays themselves are awarded a grade from A to E. Together with the grade for the Theory of Knowledge course, upto three additional IB Diploma points can be included in their overall IB Diploma score. However, the emphasis throughout the process is not solely on the outcome. Many former students have been in touch over the years to tell me how much their Extended Essay experience helped them when completing assignments and dissertations at university. They always comment on the head start they had over their peers who had studied for ‘A’ Levels who had no experience of academic writing at school.

Returning to my current students, they have discovered that the frequency of hair washing does NOT have an effect on its strength, House sparrows visit garden feeders more in the morning and early evening than at other times of day, and are much more likely to be male than female, and the growth of bacteria was inhibited more when an antibiotic was used together with either clove oil or clary sage extracts than when it was used on its own.