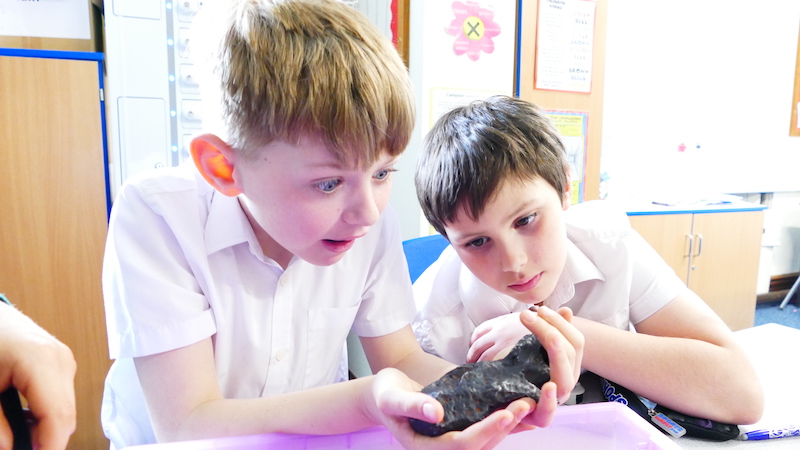 Pupils from Stonyhurst St Mary’s Hall handled rare samples of moon rocks and meteorites recently during a series of science lessons that were literally out of this world.

Pupils were encouraged to reach for the stars and learn more about the Universe around us during a week-long interactive experience of astronomy as part of their study of The Earth and Space this term. Children between the age of 9 and 13 years were given the unique opportunity to touch a piece of space rock not of this Earth as they were welcomed to handle some genuine meteorites.

These rare samples were provided to Stonyhurst free of charge by the UK’s Science and Technology Facilities Council (STFC) which provides educational packs in a bid to inspire young people to get involved in science and complement classroom studies. Stonyhurst Prep School pupils were fascinated by the pack provided by STFC which included a 1.2 billion-year-old piece of Mars rock and a 4.3 billion-year-old nickel meteorite. It is unlikely that pupils will ever get the chance to hold an object older than this, as Earth itself was formed 4.6 billion years ago.

Sarah Concannon, Stonyhurst’s Year 5 teacher, said: "The Earth and Space is already a fascinating topic but many of the objectives covered involve things that are hard to picture and impossible to interact with – it’s not like we can arrange a class trip to the Moon! However, the lunar samples brought back to Earth by the NASA astronauts are the closest thing we have to being there. The samples made learning real and provided the children with hands-on experience to learn more about our only natural satellite. It is an amazing resource which we are delighted to have been given the opportunity to introduce to our pupils." 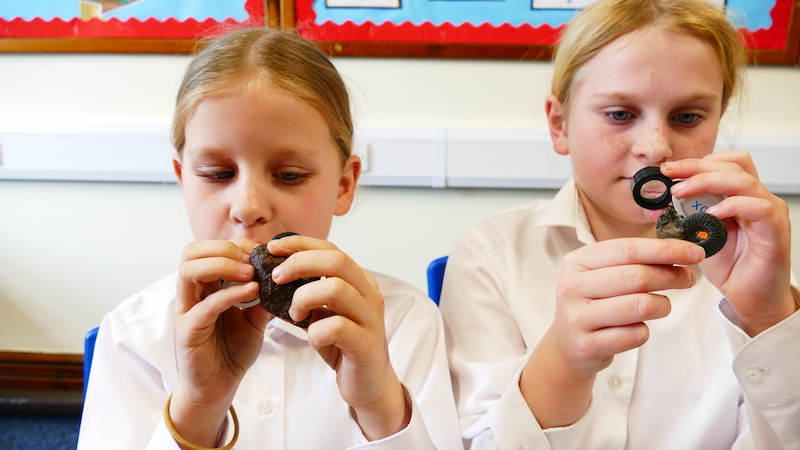 The lunar samples were collected in the late 1960s and early 1970s during some of NASA’s first manned space missions to the Moon. During these missions, a staggering 382kg of material was brought back to Earth – mostly for use by scientists, but small quantities are used to develop educational packs like this one.

STFC’s Executive Chair, Professor Mark Thomson, said: “We are thrilled to be able to offer this unique opportunity to young people. It is not often they will be able to see close-up, and actually touch, such important fragments of science history. Samples like these are vital in teaching us more about our solar system, allowing us to confront theory with fact. We hope this experience will encourage the pupils to take up a career in science."

STFC is the only authorised source to loan lunar samples to educational and scientific organisations in the UK.