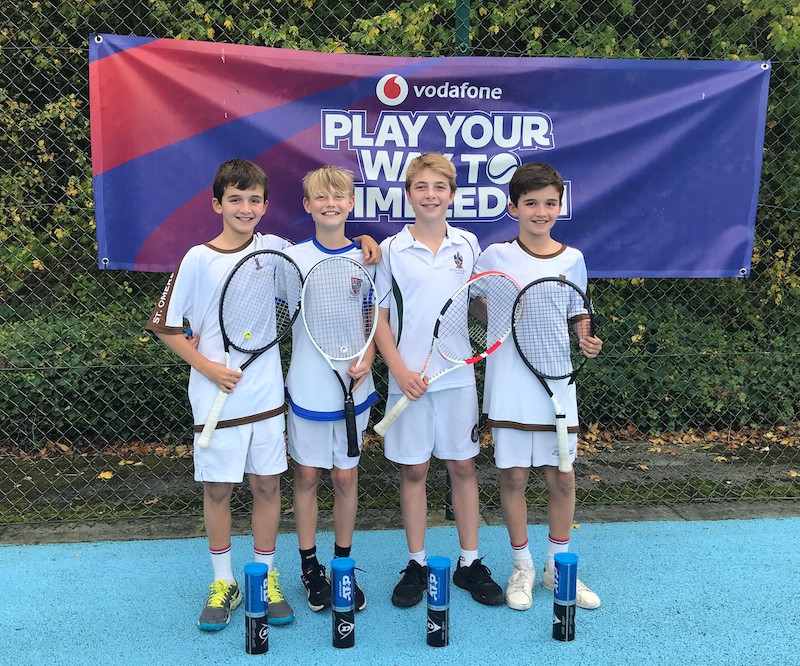 The team, comprising four of Stonyhurst’s talented tennis players, William, Lucas, Alvaro and Jaime, began their journey to victory in May 2022 by defeating Westholme School, Baines School and AKS Lytham. Following these winning matches, the team progressed to the Lancashire County Semi-Finals, with an exceptional win over Merchant Taylors’ School. At the Lancashire Final in late June, Stonyhurst displayed another great performance, reigning victorious against Broughton High School to become Lancashire Champions.

Director of Tennis, David Shaw, said: "It has been very rewarding to watch and support these young players through their competitions and training over the past six months. The win is a credit to the dedication of our pupils and coaches and the continued investment in tennis at Stonyhurst. The boys have gained a lot of experience and their attitude to the competition has been exemplary."

Stonyhurst, which was named the Lawn Tennis Association’s Lancashire Tennis School in 2021 for the second year running, boasts a successful Tennis Academy which has seen increasing success under the directorship of former professional David Shaw and his team of coaches who have developed a cohort of national and regional players within the school.