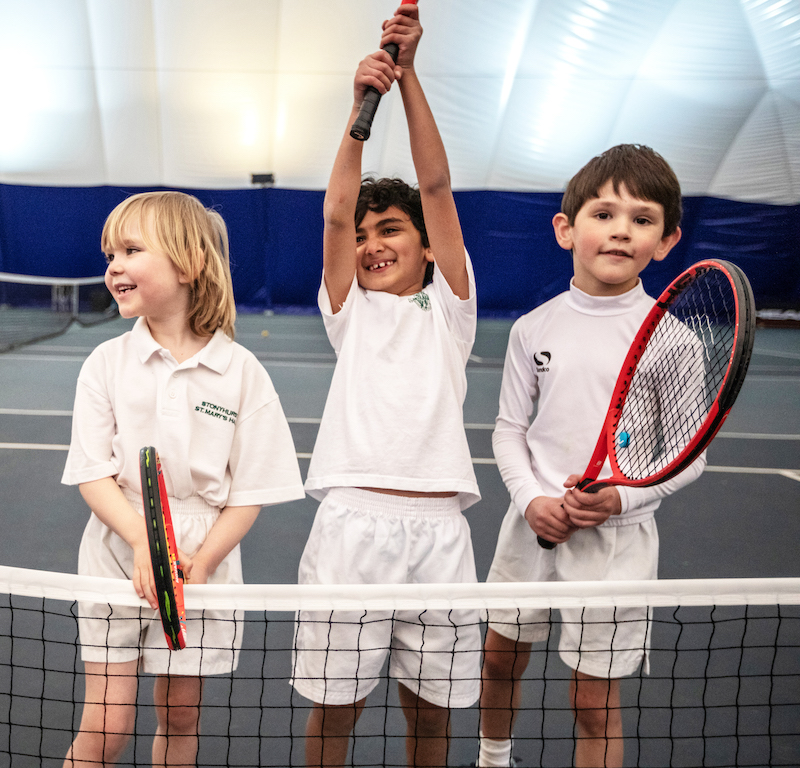 Stonyhurst College and Stonyhurst St Mary's Hall is proud to announce it has won the prestigious LTA Lancashire Tennis School of the Year award for the second consecutive year.

At the annual Tennis Lancashire Awards, held on December 12th, it was announced that Stonyhurst College and its Prep School, Stonyhurst St Mary's Hall, were awarded the major tennis accolade for a second year. Stonyhurst’s Tennis Academy has gone from strength to strength under the directorship of former professional David Shaw and his team of coaches, who have developed a cohort of national and regional players. The Lancashire Tennis Awards are presented annually; with coaches, volunteers, clubs and other tennis venues being nominated by individuals across the county with the final decision being made by the awards committee of Tennis Lancashire. Stonyhurst’s nomination now goes forward to be considered for the LTA North Region 2022 Award in the New Year.

This outstanding achievement highlights the standard of the sport and investment in Tennis at Stonyhurst. Continued investment in the sport is part of Stonyhurst’s master plan to take its renowned Tennis Programme to a new level. In 2017 the vision to build a state-of-the-art tennis dome came to life - the ‘air dome facility’, which was designed to the same specification as other prestigious facilities such as The Queen’s Club, London, has enabled an exceptional tennis programme to be developed and recognised by Lancashire Tennis. With 10 outdoor tennis courts and a further two indoor in the Grand Slam standard tennis dome, Stonyhurst pupils have all-year round access and training, which has raised the level of tennis skills under the coaching of two former tennis professionals.

Stonyhurst’s Director of Tennis and former professional, David Shaw, who joined Stonyhurst in 2018, says: “Winning the award for a consecutive year is a credit to the dedication of our pupils and coaches, and continued investment in the sport. Over the past 3 years we have developed a top-quality Tennis Programme that enables over 250 pupils to access the tennis dome each week to enjoy the sport.” 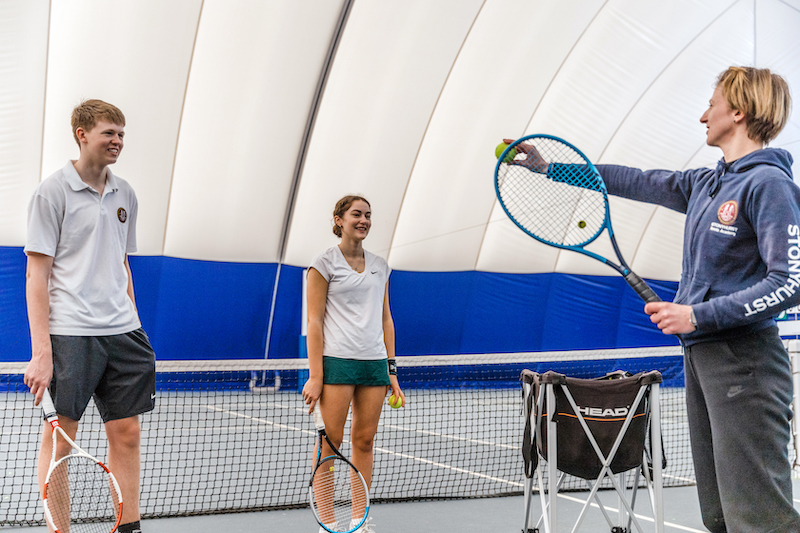 Due to demand for the sport, former tennis professional, Liz Thomas, who represented England, joined the elite coaching team in January 2020, and has encouraged a huge number of children to participate in the programme. Stonyhurst’s vast facilities paired with remarkable coaching have attracted a cohort of national and regional standard players over the years including sisters Hima and Ella who have both been invited to represent Lancashire Ladies Tennis.

Stonyhurst’s Tennis Academy caters for all ages, from Early Years through to Sixth Form, and all abilities, and has grown significantly over the last three years, despite the challenges presented by the pandemic. The ambition now is to challenge with other leading tennis schools such as Millfield School, Reeds School and Culford School.